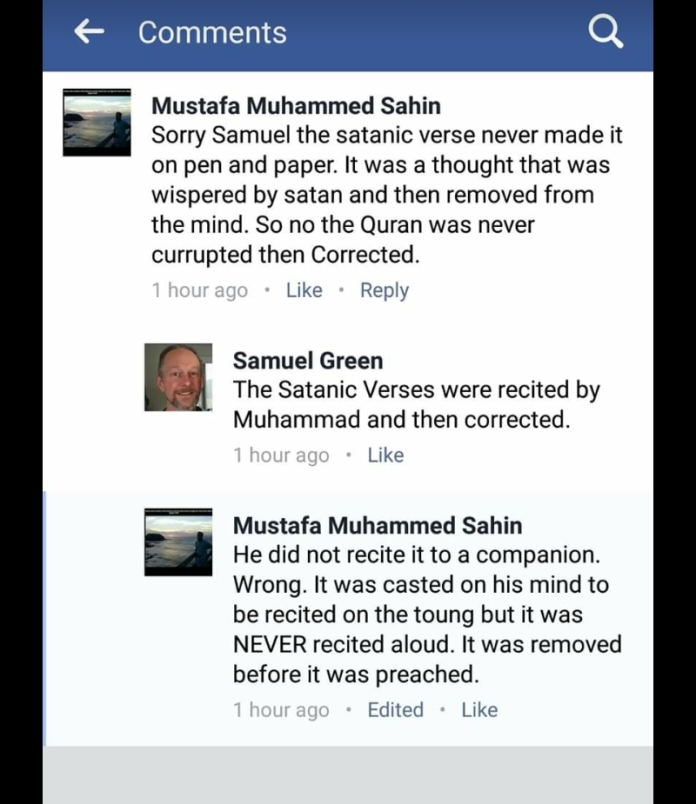 So as you can see, the Prophet never walked around preaching the satanic verses, or never said to any companion this is part of the Quran.

It was a very short lived moment, Satan comes tries to deliver the Prophet verses, then Allah quickly intervenes telling the Prophet, I didn’t give you those verses, so then Allah removes those verses, before those verses reach other companions. Christians assume, that the satanic verses were revealed, and then the Prophet narrated them to a companion, then those companions and scribes wrote those verses down, and made it part of the Quran. However none of this is true, and it never got to that point. Allah (swt) quickly removed what was casted in the mind or toung of the Prophet and it was all quickly removed, which proves again that his a True Prophet, and not a false one.

Other Christians bring arguements such as: Satan can play tricks by putting some truth in the Quran?

Its funny how he says Satan put some Truth in the Quran to make you believe its true then added lies to decieve you its true. Well same could be said about your bible. And your Bible says Satan can not say truth or else he will be destroyed. So your got owned by the standard of your bible.

Read:
(Mark 3:26) Satan will not work against himself.

Now Quran says (26:210); No evil one has brought down this Revellation.

Hence according to your Bible. If there are satans words in Quran it can’t be, because He will be destroyed according to your Bible. Satan will not work against himself be revealing Truth.  Sure 26:210; declares no evil one brought down the Quran. If these words were Satan’s words, that would mean his working against himself, which the bible declares can’t happen, and Satan would be destroyed! 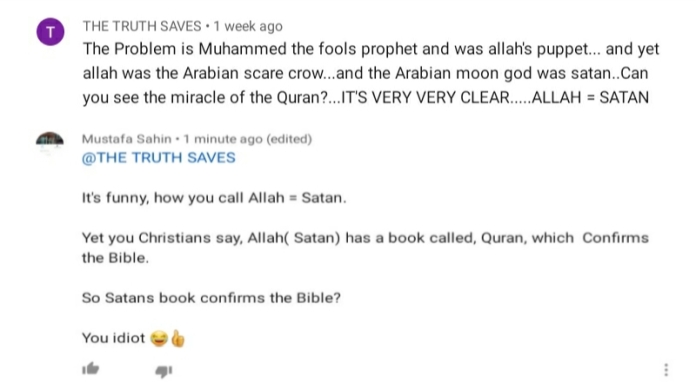 Christianities main two figures effected by (Iblis) Satan according to their own Bibles:

St.Paul possessed by demon in inspiration

Jesus possessed by Demon in the Bible

Proof for the devils words in the Bible

Muslim Response to Allah is the “Best Deciever”?

Now evidence the Biblical God can “Be a Deciever”

Christian say’s; Allah is best deciever, and gets Humiliated. After back and forth discussion admits;

Christian say’s in text comment bellow his own God (Yahway) sent Allah to Muslims as (Strong delusion) meaning Deceived the Muslims, when he tries answering: 2 Thessalonians 2:11 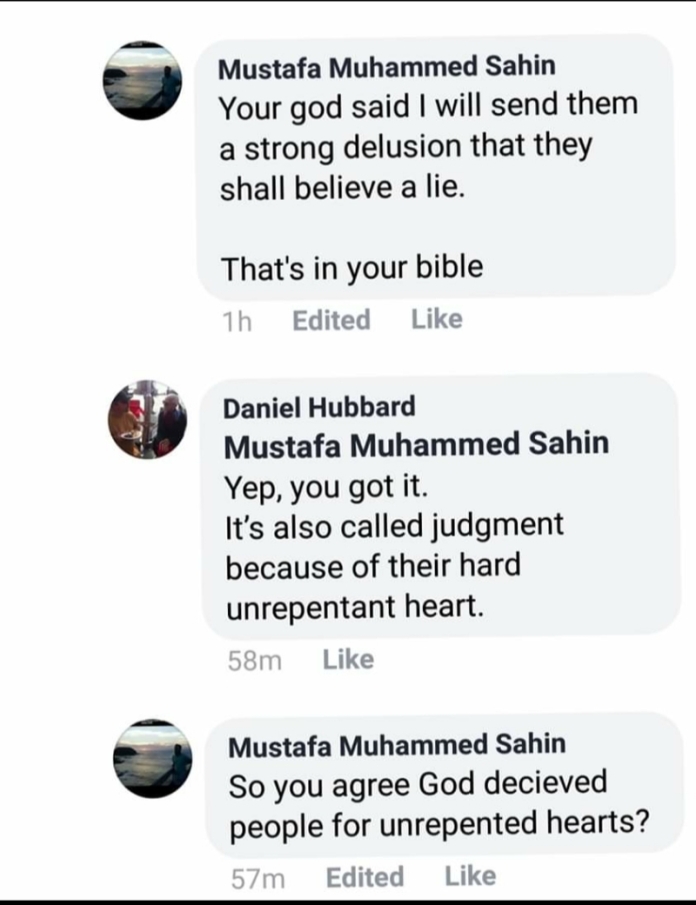 Now let’s see what, strong delusion means according to the English dictionary? 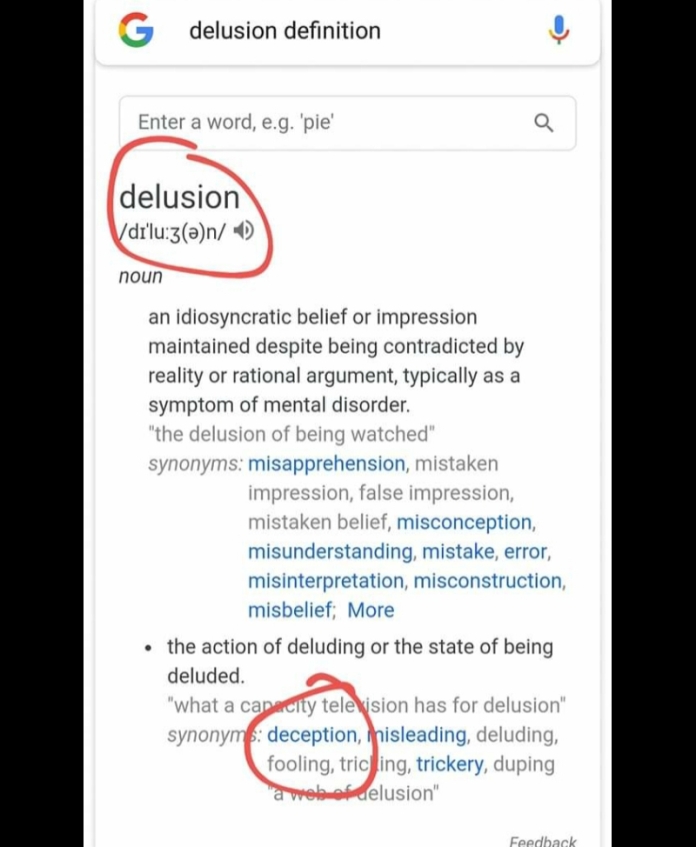 So according to Christians there own God (Yahway) sent “Muslims a deception. He decieved Muslims basically, by sending them a False God called Allah?

Yet these Christians accuse Allah for being a Deciever? Yet they agree their own Biblical God sent a false Allah to Muslims?